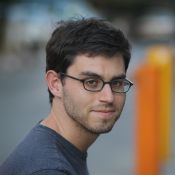 Moonwalking with Einstein: The Art and Science of Remembering Everything

The blockbuster phenomenon that charts an amazing journey of the mind while revolutionizing our concept of memory An instant bestseller that is poised to become a classic, Moonwalking with Einstein recounts Joshua Foer’s yearlong quest to improve his memory under the tutelage of top “mental athletes.” He draws on cutting-edge research, a surprising cultural history

An instant bestseller that is poised to become a classic, Moonwalking with Einstein recounts Joshua Foer’s yearlong quest to improve his memory under the tutelage of top “mental athletes.” He draws on cutting-edge research, a surprising cultural history of remembering, and venerable tricks of the mentalist’s trade to transform our understanding of human memory. From the United States Memory Championship to deep within the author’s own mind, this is an electrifying work of journalism that reminds us that, in every way that matters, we are the sum of our memories.

Amazon Best Books of the Month, March 2011: Moonwalking with Einstein follows Joshua Foer’s compelling journey as a participant in the U.S. Memory Championship. As a science journalist covering the competition, Foer became captivated by the secrets of the competitors, like how the current world memory champion, Ben Pridmore, could memorize the exact order of 1,528 digits in an hour. He met with individuals whose memories are truly unique—from one man whose memory only extends back to his most recent thought, to another who can memorize complex mathematical formulas without knowing any math. Brains remember visual imagery but have a harder time with other information, like lists, and so with the help of experts, Foer learned how to transform the kinds of memories he forgot into the kind his brain remembered naturally. The techniques he mastered made it easier to remember information, and Foer’s story demonstrates that the tricks of the masters are accessible to anyone.
–Miriam Landis

Q: First, can you explain the title of you book, Moonwalking with Einstein?

A: The title refers to a memory device I used in the US Memory Championship—specifically it’s a mnemonic that helped me memorize a deck of playing cards. Moonwalking with Einstein works as a mnemonic because it’s such a goofy image. Things that are weird or colorful are the most memorable. If you try to picture Albert Einstein sliding backwards across a dance floor wearing penny loafers and a diamond glove, that’s pretty much unforgettable.

Q: What are the U.S. Memory Championships? How did you become involved?

A: The U.S. Memory Championship is a rather bizarre contest held each spring in New York City, in which people get together to see who can remember the most names of strangers, the most lines of poetry, the most random digits. I went to the event as a science journalist, to cover what I assumed would be the Super Bowl of savants. But when I talked to the competitors, they told me something really interesting. They weren’t savants. And they didn’t have photographic memories. Rather, they’d trained their memories using ancient techniques. They said anyone could do it. I was skeptical. Frankly, I didn’t believe them. I said, well, if anyone can do it, could you teach me? A guy named Ed Cooke, who has one of the best trained memories in the world, took me under his wing and taught me everything he knew about memory techniques. A year later I came back to the contest, this time to try and compete, as a sort of exercise in participatory journalism. I was curious simply to see how well I’d do, but I ended up winning the contest. That really wasn’t supposed to happen.

Q: What was the most surprising thing you found out about yourself competing in the Memory Championships?

A: In the process of studying these techniques, I learned something remarkable: that there’s far more potential in our minds than we often give them credit for. I’m not just talking about the fact that it’s possible to memorize lots of information using memory techniques. I’m talking about a lesson that is more general, and in a way much bigger: that it’s possible, with training and hard work, to teach oneself to do something that might seem really difficult.

Q: Can you explain the “OK Plateau?”

A: The OK Plateau is that place we all get to where we just stop getting better at something. Take typing, for example. You might type and type and type all day long, but once you reach a certain level, you just never get appreciably faster at it. That’s because it’s become automatic. You’ve moved it to the back of your mind’s filing cabinet. If you want to become a faster typer, it’s possible, of course. But you’ve got to bring the task back under your conscious control. You’ve got to push yourself past where you’re comfortable. You have to watch yourself fail and learn from your mistakes. That’s the way to get better at anything. And it’s how I improved my memory.

Q: What do you mean by saying there an “art” to memory?

A: The “art of memory” refers to a set of techniques that were invented in ancient Greece. These are the same techniques that Cicero used to memorize his speeches, and that medieval scholars used to memorize entire books. The “art” is in creating imagery in your mind that is so unusual, so colorful, so unlike anything you’ve ever seen before that it’s unlikely to be forgotten. That’s why mnemonists like to say that their skills are as much about creativity as memory.

Q: How do you think technology has affected how and what we remember?

A: Once upon a time people invested in their memories, they cultivated them. They studiously furnished their minds. They remembered. Today, of course, we’ve got books, and computers and smart phones to hold our memories for us. We’ve outsourced our memories to external devices. The result is that we no longer trust our memories. We see every small forgotten thing as evidence that they’re failing us altogether. We’ve forgotten how to remember.

Q: What is the connection between memory and our sense of time?

A: As we get older, life seems to fly by faster and faster. That’s because we structure our experience of time around memories. We remember events in relation to other events. But as we get older, and our experiences become less unique, our memories can blend together. If yesterday’s lunch is indistinguishable from the one you ate the day before, it’ll end up being forgotten. That’s why it’s so hard to remember meals. In the same way, if you’re not doing things that are unique and different and memorable, this year can come to resemble the last, and end up being just as forgettable as yesterday’s lunch. That’s why it’s so important to pack your life with interesting experiences that make your life memorable, and provide a texture to the passage of time.

Q: How is your memory now?

A: Ironically, not much better than when I started this whole journey. The techniques I learned, and used in the memory contest, are great for remembering structured information like shopping lists or phone numbers, but they don’t improve any sort of underlying, generalizable memory ability. Unfortunately, I still misplace my car keys.