For a critical element of American society, including many of its wealthiest and most powerful, there seems to be no limit today on what “enough” entails. The excesses are most starkly visible in the continuing crisis in banking and investment, and even in the two enormous government-sponsored (but publicly owned) mortgage lenders, to say nothing

For a critical element of American society, including many of its wealthiest and most powerful, there seems to be no limit today on what “enough” entails. The excesses are most starkly visible in the continuing crisis in banking and investment, and even in the two enormous government-sponsored (but publicly owned) mortgage lenders, to say nothing of the billion-dollar-plus annual paychecks that top hedge-fund managers draw down and the excessive compensation paid to CEOs, regardless of  performance. Throughout his legendary career, John Bogle-founder of the Vanguard mutual fund group, and creator of the first index mutual fund-has helped investors build wealth the right way and led a tireless campaign to restore common sense to the investment world. Along the way, he’s seen how destructive an obsession with financial success can be. Now, with Enough, he puts this dilemma in perspective. Bogle offers his unparalleled insights on money, on the values we should emulate in our business and professional callings, and on what we should consider as the true treasures in our lives. By explaining what “enough” truly is, he demonstrates how close everyone can be to having it.
Amazon.com Exclusive: William J. Bernstein on Enough
William Bernstein, Ph.D., M.D. is the critically acclaimed author, financial theorist and historian whose books include A Splendid Exchange: How Trade Shaped the World, The Birth of Plenty, The Four Pillars of Investing, and The Intelligent Asset Allocator. Bernstein is frequently quoted in national publications, including The Wall Street Journal, Barron’s, Money, and Forbes. 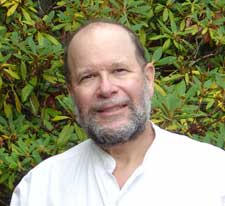 If you are wondering about the cause of the current market crisis, then you haven’t been reading enough of Jack Bogle.

Because he certainly knows not only where, but why and how. For decades Jack has been communicating his disquiet in previous books, speeches, and public testimony. Years from now, when historians and investors dissect the economic and market meltdowns of 2008, they’ll consult this slim, well-written volume.

In order to understand the intellectual and moral platform from which he surveys the economic wreckage, you need to know a little of his story. Bogle founded one of the world’s great investment companies, the Vanguard Group. Most men in his situation would have levered such success into a multi-billion-dollar net worth; instead, he “mutualized” Vanguard, converting it, in effect, into a nonprofit organization whose only goal was to benefit its fund holders. From an ethical perspective, Vanguard is the only “investment company” worthy of that name. (As opposed to most financial firms, which are in fact “marketing companies” whose main purpose is to milk unwitting investors of fees and commissions.)

The answer to the conundrum of 2008 lies in the book’s title, “Enough,” which is the punch line from a delightful Kurt Vonnegut/Joseph Heller story. Simply put, our nation has been suffering from decades of unchecked financial excess, for which we are now paying the piper: excess in investment company fees; excess in financial speculation masquerading as diversification and innovation; excess in the salaries of top executives; excess in salesmanship; and most importantly, excess in the role played by the financial industry in our national economy and national life.

Each of these excesses gets its own chapter, and each one is a tightly written gem. Chapters 2 and 3, which dissect out the frenzy of derivatives, structured vehicles, and layers of intermediation behind the recent collapse, alone justify the book’s purchase price.

As Bogle states in the book’s beginning, in the spring of 2007 the financial services sector–which, after all, produces nothing of substantive value–accounted for one-third of the earnings of the S&P 500. By the time you read this, this outsized influence will have shrunken drastically. Let Enough be your welcome to the brave new world; it will satisfy your curiosity, give you a sense of moral balance in this most materialistic of ages, and even plump up your investment portfolio.

Written by John C. Bogle–the legendary founder of the Vanguard Mutual Fund–Enough. offers his unparalleled insights on money, the values we should emulate in our business and professional callings, and what we should consider as the true treasures in our lives. Inspired in large measure by the hundreds of lectures Bogle has delivered to professional groups and college students in recent years, this book will help you discover what it really means to have “enough” and how close you are to really having it.